The Future of OTT: The 3 Video Streaming Industry Trends for 2022 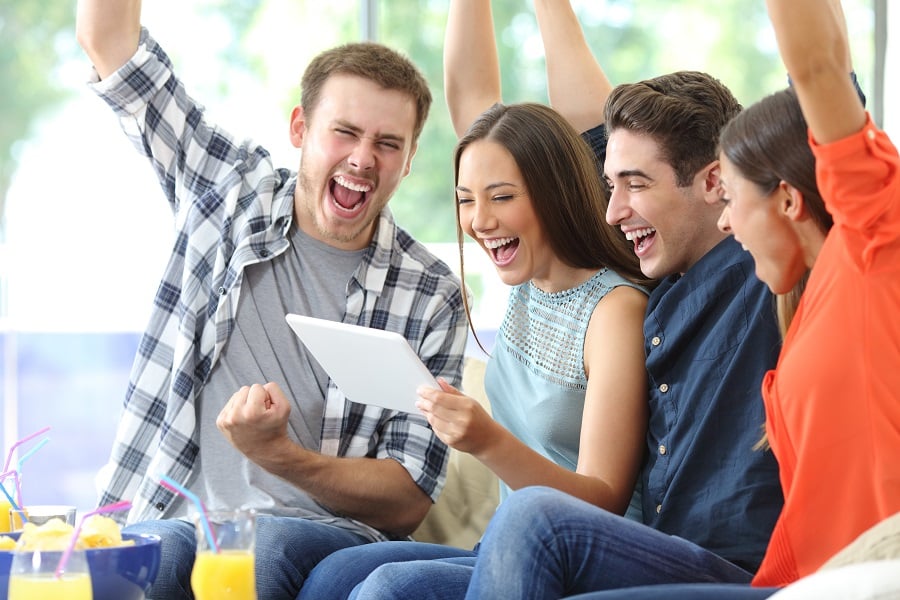 Streaming is on the rise and there is no stopping it. It’s transformed from an unreliable service that would freeze, making you miss that winning moment of a huge sporting event, to a seamless experience available at the click of a button — one that most of us don’t even notice as anything different from what we’ve always simply called “TV”. Illustrated by the entry of new competitors like Disney Plus, HBO Max and Paramount Plus, it’s clear the market is heating up.

So what does the future of OTT look like? In this article, we look at the three main video streaming industry trends that will shape the next few years and help streaming providers stand out from the crowd: streaming quality, original content, and bundles.

1. Future of OTT trend: QoE is king of competition (aka streaming in full HD) 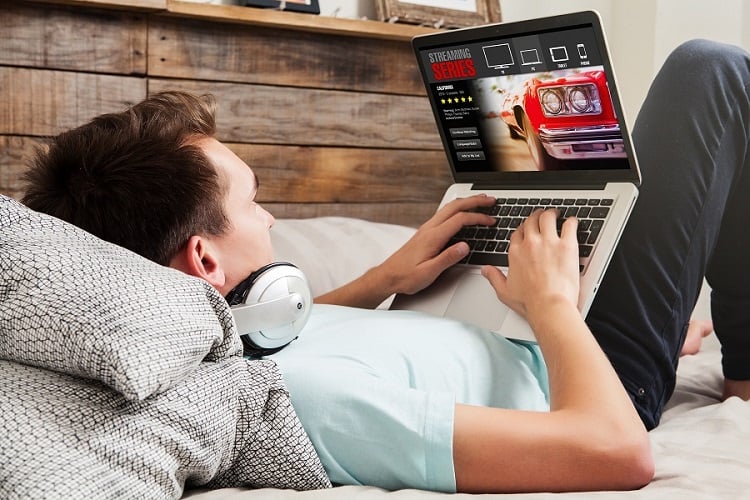 Quality of experience (QoE) is the past, present, and future of OTT. Customer expectations are soaring in search of seamless, TV-quality OTT live streaming, regardless of the platform they choose. Poor QoE is inexcusable and can cause customers to churn, ruin a company’s reputation and even cost them millions in complaint call centre expenditure. However, thanks to the introduction of innovative SaaS solutions, like Touchstream’s Stream End-to-End, this hurdle can now be largely overcome.

A stalling stream can be a PR disaster. Take MUTV’s live stream coverage of Manchester United’s 2019 game versus Derby County, for example, which had a major UK newspaper writing a story about streaming complaints rather than the game itself. Forrester, meanwhile, estimates a serious QoE issue during a major sporting event could cost up to $1.2 million in call centre expenditure if 100,000 users call in to complain.

In order to prevent QoE problems, OTT providers must monitor the entire streaming system 24/7 — from ingest to content preparation to delivery via CDN. Touchstream’s Stream E2E platform, for example, traces errors from glass to glass and displays them in one simple single-view dashboard, making issues far more preventable. Thankfully, solutions like these mean OTT live streaming quality is fast becoming very close to, or even as good as, cable TV.

Netflix has been investing heavily in the production of its own content in recent years (Source: Netflix)

Streaming figures are booming. According to Deloitte, for the first time, more US households subscribe to a streaming service (69%) than to traditional cable TV (65%). Additionally, as per a Conviva streaming report, the number of hours U.S. consumers spent viewing streamed content over the last year increased by 130%. There’s no doubt that improved QoE as a result of improved SaaS stream monitoring solutions has played a big part in this.

With the quality of streaming now up to standard, operators are also looking at other ways to stand out and earn a loyal customer base. In that sense, one of the biggest video streaming industry trends is exclusive content. That’s why, since 2006, Disney has acquired Pixar, Marvel, LucasFilm and 21st Century Fox for the combined cost of US $86B, and it’s also why Netflix expects to invest US $17B in new content in a single year.

It’s not all about drama and shows, either; live sports streaming is also getting in on the action. Just last year, UK-based DAZN acquired exclusive rights for English football coverage in Spain, including the Premier League, Championship and FA Cup. The company is only three years old but has already acquired huge star ambassadors, including Cristiano Ronaldo and Neymar.

3. Future of OTT trend: competing with bundles and locking in customers from churn

In an increasingly competitive market, cable TV is using bundles to remain an attractive proposition. OTT live streaming has caught up with cable TV when it comes to the quality of streaming and the amazing content it provides; now it’s taking traditional cable on at the bundle game.

Large streaming providers are already delivering competitive options. YouTube TV, for example, already gives access to more than 70 channels, including live sports and news. Now Disney has also made a move in the same direction to keep up. Disney, which recently released its Disney+ streaming service at $5.99 per month, is now also offering consumers the option of a $12.99 bundle that includes Hulu and ESPN+.

There’s a caveat, though: with the increasing boon of options for consumers, it turns out that patience is waning and consumers often switch services in a heartbeat. In fact, according to a Conviva report, service abandonment increased significantly in 2018, with 14.6% of viewers leaving when there was a slight delay playing a video. This is why bundles are the future of OTT and pose an attractive proposition for consumers and providers alike; consumers get exactly what they want, meaning providers can keep their subscribers too. However, where bundles will likely have the most pulling power is in giving consumers the live sports they want. Disney, the owner of ESPN, has bid $45B towards sports rights in 2020, and new players like DAZN are taking on established networks.

The future of OTT can’t look past QoE monitoring

With such a huge array of options available to them, consumers simply won’t put up with poor QoS. This means innovative solutions are needed. One such solution is Touchstream’s Incident Playback, an extension of the pre-existing Stream E2E system. It makes it possible to “rewind” the delivery workflow and view past incidents as though occurring in real-time. This investigative capability allows providers to make sure they stay ahead of the competition by providing the best streaming service possible. After all, while exclusive content and attractive OTT bundles will help streaming operators stand out, an exceptional QoS is the rocket fuel that will win the race for companies in this competition.

To find out more, schedule a demo here.

Related Articles
OTT Programmatic Advertising Is on the Rise: How Can You Monitor It?
How to Fix the Root Cause Analysis Problem in Streaming Video
Preventing the Perils and Pitfalls of Poor OTT Performance
Want to improve your QoS?
Start monitoring with Touchstream and find the root cause of streaming errors in minutes, verify your CDNs independently, and more.